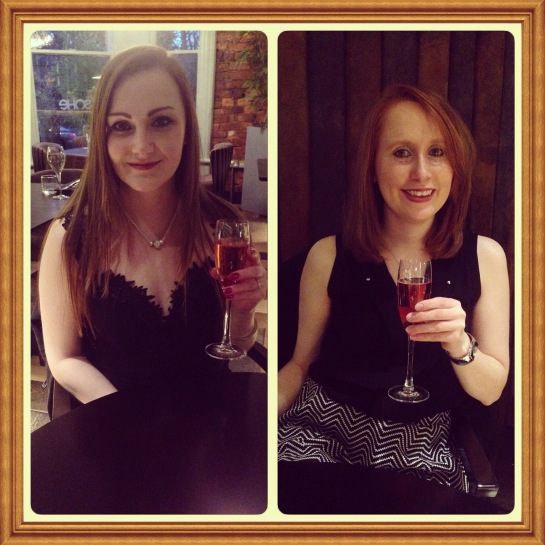 It’s a rarity these days that my best friend and I get to spend any time together let alone a whole night! With work and other mundane tasks getting in the way in our day to day lives this was a real treat for us.

It was a dreary January when my old faithful, itison.com sent me an email of an offer of £89 for 2 people overnight at The Cairn Hotel Newcastle, a 3 course meal, a bottle of rosé wine and breakfast. I thought the deal was too good to pass up and Samantha agreed, so I booked it for away at the end of March (it could be any night except Saturday according to the deal) so we had something to look forward to.

Jesmond is a lovely little suburb with cute coffee stops, independent shops and a couple of well known supermarkets. It is approx 7 mins in a taxi from the city centre and I’d read there were metro stations nearby so I knew it be no bother getting in and out of the city centre. We got a great deal on return train tickets through Virgin East Coast at £20 return each. Although that did mean we had an early train out and a slightly later train home, the journey is only an hour and a half from Edinburgh so it was perfect and all the more time to spend together.

The decor of the hotel was lovely, as part of our deal we had a superior room which we were notified was the best room in the hotel! We had a four poster bed which was painted a deep electric blue alongside the side tables and drawers and some funky red and green side lights. I loved the red chair which accompanied the desk – I can vouch that it’s great for working at and doing your make-up too! 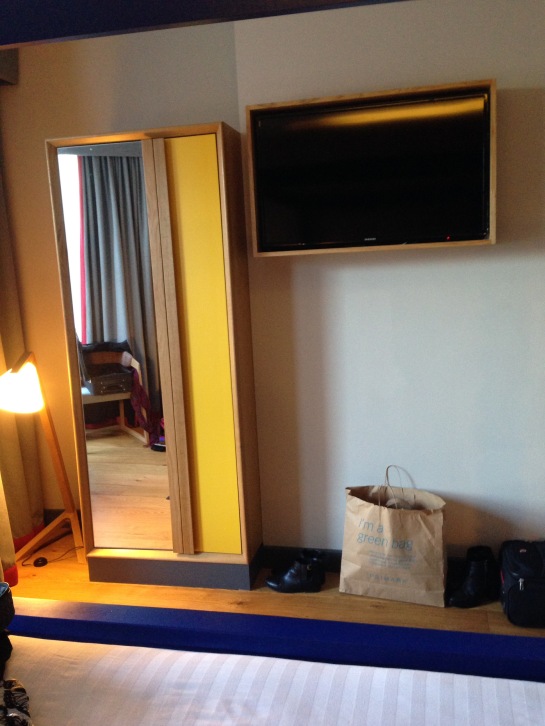 This was Sam and I’s first time in Newcastle and we planned to shop till we dropped! We got on the metro at West Jesmond, paid a very reasonable £2.60 for a day ticket and two stops later at Haymarket, we were in the thick of the shops. We brunched on eggs Benedict at Frankie & Benny’s – the next day, at a different Frankie & Benny’s for lunch, I had the veggie option of a sweet red pepper and goats cheese open sandwich at a very reasonable £6.95 – it was incredibly delicious! I didn’t do my foodie homework before I went, so unique little eateries were nowhere to be found for me but that’s not unusual in city centre UK shopping hubs and I was very impressed with Frankie & Benny’s and their menu!

Sam sipping on a French Martini

Dinner via our package was in the attached restaurant Sohe. It was a beautifully designed Thai  restaurant.

Even though it said we were getting a bottle of Moët rosé, the menu had it priced at £54. But sure enough, out came our bottle, complete with ice bucket and we toasted to a good evening.

Girls love all things that sparkle

Dinner was just divine, Sam opted for the satay chicken complete with the most creamy, tantalising peanut butter sauce which made an appearance with my main too, which I was very glad about. I had the rice balls full of Thai spice and flavour and it was a vegetarian option. The crockery accompanied the food perfectly as it looked smart and authentic. Sam chose Thai green curry and I, Pad Thai for main. We were both delighted with our starters and main courses. 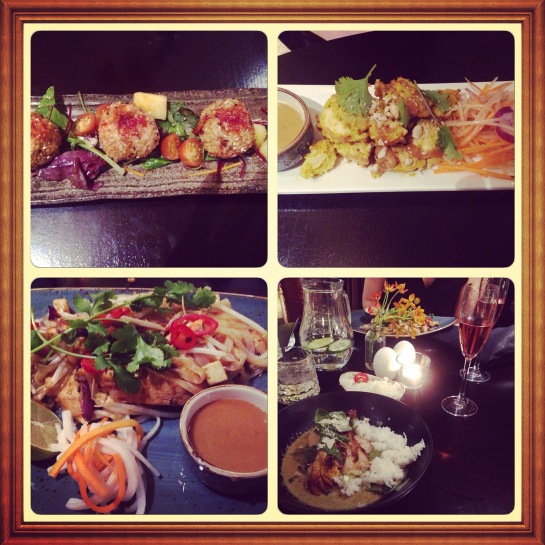 For dessert, there were 2 options available to us – a ginger cake or a vanilla cheesecake so we opted for one of each to share. The cheesecake was served with berries and a mango sauce which complimented the dessert beautifully. The ginger cake was accompanied by a gloriously thick caramel sauce gooey enough to dip into – the pineapple cubes however, as decorative as they were, should probably be kept as just that, as they are very sour tasting as Sam found out when I dared her to try one! 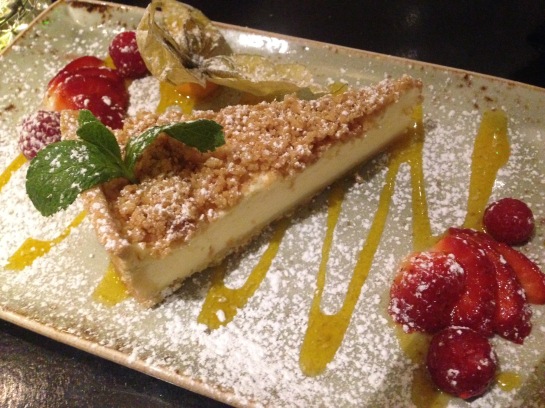 All in all, I couldn’t have asked for a better girly break away. Jesmond is aligned with many bars for a quiet drink or two on a Thursday evening. Or you always have the option to get into town quickly via metro or taxi. The hotel were very accommodating, as they let us keep our bags behind reception before check-in and after check-out, to be collected after more shopping.

I had a wonderful time.

4 thoughts on “Night away in Newcastle”