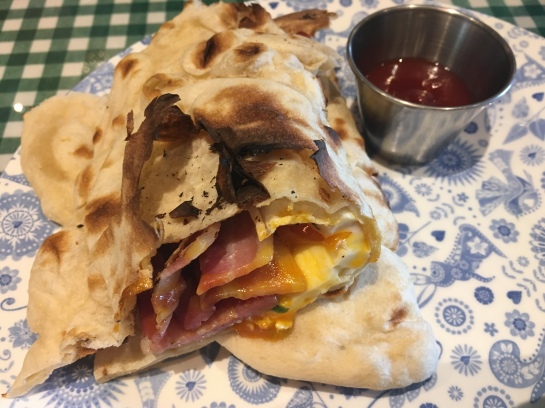 Having been in Australia the past year, I missed the opening of many a high profile London chain restaurant at Edinburgh’s St Andrew’s Square and one thing I kept hearing about again and again was Indian restaurant Dishoom and their bacon naans! 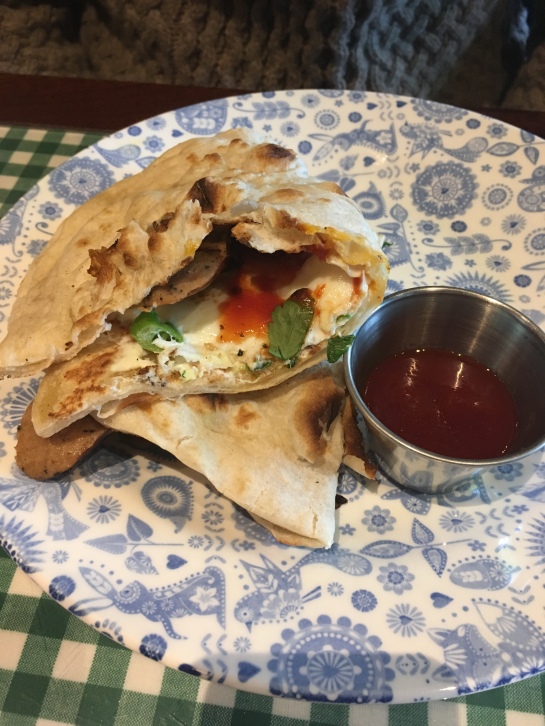 So one spontaneous Saturday morning I went to check them out and I wasn’t disappointed! The layout of the restaurant feels like you are on an old train in India! The menu is extensive and there is so much to choose from. Their full breakfast – The Big Bombay and their date and banana porridge sounded incredible. However I came for the naan roll and that’s what I had, a bacon and egg naan to be exact and my boyfriend went for the sausage and egg one! They are just thee best creation ever, accompanied by a spicy tomato sauce that I’d love to buy a bottle of!

The staff were friendly and efficient, my latte was with me within minutes and we were seated upstairs near the big windows that look out on to St Andrew’s Square. As far as I’m aware you can’t book, but there was no issue getting in for breakfast/brunch, which is served until 11:45am and we walked away with a loyalty card so even more incentive to go back, not that I need much persuading. I’m yet to recreate the bacon and egg naan at home but watch this space!